From the safety of your homes, please take action online TODAY to stop this attack on the beloved Salt River wild horses.

What You Can Do:

Phoenix, AZ (March 15, 2020) …. The Salt River Wild Horse Management Group (SRWHMG) is calling foul on the scheduling of a legislative hearing tomorrow (March 16) at 1 pm for a controversial bill, HB 2858, that will harm the Salt River wild horses in the Tonto National Forest near Phoenix. The bill, which has drawn strong opposition from the public, will be considered despite new restrictions limiting public testimony and encouraging the public not to attend committee hearings in order to minimize the spread of the COVID-19 virus.
In 2016, public outrage over the proposed removal of the Salt River horses led to passage of the Salt River Horse Act, which protects these Arizona icons in their historic habitat along the Lower Salt River. The humane management of the horses is going well, including a very successful birth control program, that is critical to the horses’ continued freedom.

The new bill HB 2858, would amend and weaken the 2016 law protecting the horses, by restricting the life-saving humane management activities that have saved the herd, including from starvation during extreme drought.

The group questioned why bill sponsor Rep. Kelly Townsend is advancing the controversial bill now, after publicly stating that she was putting it on hold. Townsend also previously promised to address problems with the bills language during a hearing that was packed with the bills opponents. However, HB2858 sits in the rules committee un-amended, and is on the schedule for 1 pm on Monday.

“Rep. Townsend seems to be taking advantage of a national emergency to advance a bad bill that the public opposes,” said Netherlands continued, noting that limited public testimony at tomorrow’s hearing means that committee members will not be able to hear arguments from both sides.

Netherlands said that group members will abide by the legislature’s restrictions and Covid-19 safety measures, but plan to be outside of the State Capitol, during the hearing to explain their opposition to HB 2858.

While Townsend claims that her bill will increase protections for the horses, the opposite is true. The bill states; “any interaction, including feeding and human interaction, with the Salt River herd… shall be limited in order to maintain the wild nature of the horses…”.

While the horse management group (SRWHMG) supports the goal of preserving the “wild nature” of the horses, it warns that human interaction is sometimes necessary. These activities include the rescue of horses with life-threatening injuries or orphaned foals; emergency supplemental feeding that saved the herd from starvation during the drought; and humane fertility control, which will reduce population size humanely over time, and is critical to the horses’ continued freedom.

“HB 2858 reveals Rep. Townsend’s lack of knowledge regarding the Salt River horses and the current conditions in which they live — including in a habitat that has been decreased in size due to Forest Service fencing and impacted by years of severe drought,” Netherlands stated. “If Rep. Townsend has concerns about the management of the horses, she should address them to the Arizona Department of Agriculture, which under state law has responsibility for managing the horses.”

“We call on the Rules Committee to postpone the hearing on HB2858 until the public can fully weigh in on the legislation and its harmful impacts to the Salt River wild horses, who are an Arizona natural treasure and already protected under state law,” she said. “The public must be allowed to fully weigh in on the impacts before the bill moves forward.”

Background: The current statute, ARS 3-1491, was signed into law by Gov. Doug Ducey in 2016 and protects the Salt River horses in their historic habitat on the Lower Salt River in the Tonto National Forest. It gives the Arizona Department of Agriculture authority to manage the horses by subcontracting with a non-profit organization to implement the management activities. The partnership between government and the non-profit SRWHMG has been a great success. 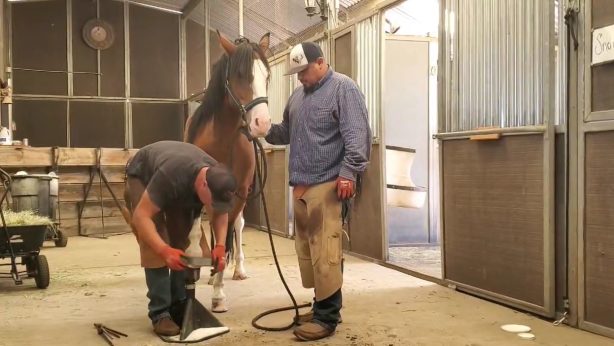 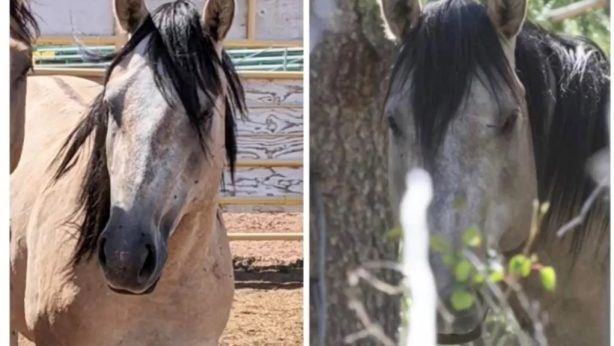