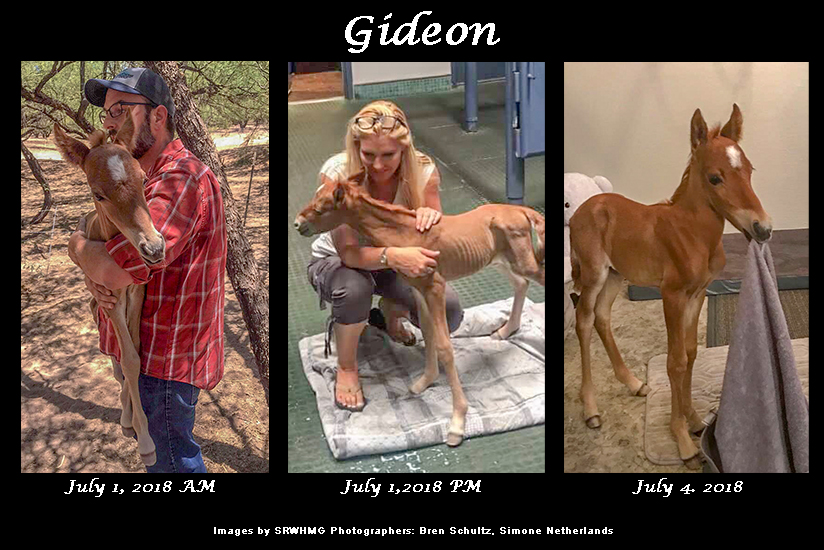 This little guy was found all alone under a tree as a brand newborn, he could not get up, was dehydrated and overheated, but he hung on until we got to the vet. He received plasma and hydration after which he started feeling better. He is only 33 pounds which is half of the size of a normal newborn foal. He is the smallest Salt River wild horse ever found! We want to thank you all so much for the interest in naming him, all of his new sponsors helped decide on his name in a vote, it was overwhelmingly…GIDEON, which means little warrior. He is doing fantastic and is steadily growing from his mere 33 pounds to a whole 80 pounds now! He is needing around the clock care by our volunteers as he needs nutrition every 2 hours. We want to thank the caller who called our hotline, as Gideon would have would not have survived another hour in the heat. As a sponsor you will receive alerts and updates on him! If you want to receive our general alerts and updates click here.