Horse Update! Do You Recognize Him?

Homepage UPDATES Horse Update! Do You Recognize Him?
UPDATES

Horse Update! Do You Recognize Him?

It’s not the clearest picture because he is across the river, but do you recognize him? He is almost unrecognizable because he looks so good! 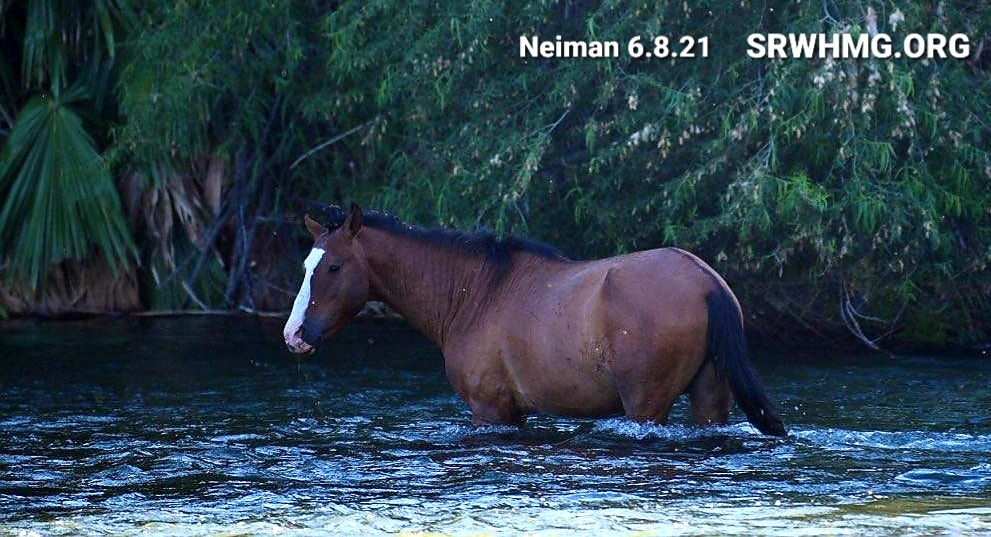 Back in February of this year, in an unprecedented field operation, AZDA, SRWHMG, and our veterinarian team, darted and sedated the old stallion Neiman, in the field. A field operation like that had never been done before on any wild horse.

We spent a lot of money on the operation, because Neiman’s health was declining rapidly at that time, and we of course could not determine exactly why, until we had him sedated.

We found that he had very serious tooth issues, that made it impossible for him to eat, poor guy. Our veterinarian, Dr. Howard, pulled a rotting tooth and filed some others down that were growing into the roof of his mouth. We hoped that now, old Neiman could heal and eat again without being in pain.

We did not know if it would work or if he would actually recover of course, considering that he is over 20 years old. But we gave it our all, cared for him daily for over 3 months with many volunteers, and monitored him wherever he decided to travel for another 6 weeks.

We are now ready to deem Neiman recovered and no longer in need of our individual care. We are also deeming the experimental operation a huge success!! We are glad to have spent the money and effort on him, because it is very sweet to see him living happily ever after.

He deems himself fully recovered also, because he has left our feed station on his own, and traveled back to his old home territory in the area of Water Users, the exact area where he used to take his band. It is a great area for eelgrass.
We want to thank the AZDA for the authorization and the cooperation, and we want to thank all of YOU for your support for our humane management of the Salt River wild horses. However, there were also some mean keyboard critics, who were slandering our group about Neiman, and accused us of horrible things. They even interfered with our authorized processes, when we were taking care of him. Nice apology letters can be sent to: SaltRiverHerd@respect4horses.com.

Thank you very much. SRWHMG.

Previous Story
What Does It Take?
Next Story
In Memory: Kokopelli 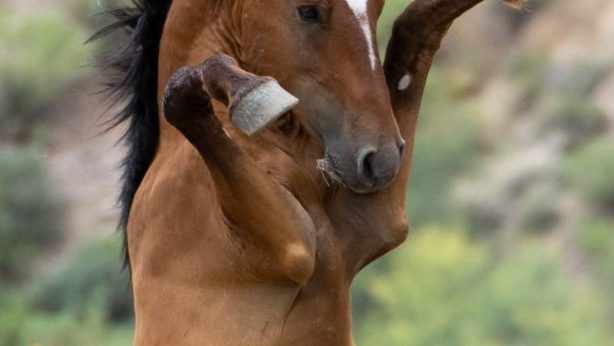 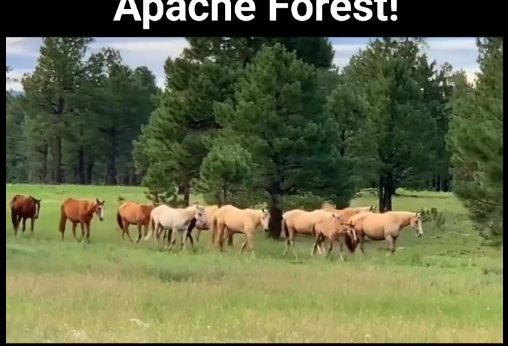