Life is not all fairytales

Homepage UPDATES Life is not all fairytales
UPDATES

Life is not all fairytales

Life is not all fairytales, we know that, but with mystical and kind creatures living in the Tonto National Forest, a little bit of magic is preserved there for everyone who believes in it.

We fight hard for the well being of the whole herd as well as each individual horse that is part of it. With your help, we will never stop doing so. But it takes strong warriors and strong supporters, as sometimes it takes a lot out of everyone.

You are part of this quest and we could not thank our supporters enough for supporting the recent rescues of Agave and Cheyenne and Nakota and Gideon. All of the babies are doing great and Cheyenne is hanging inthere.

But just when you think we are out of the woods for a while, yet another tale is unfolding:

Her name was Snow White, as she was fairer than any other. We watched her live happily in the forest for over a decade, able to survive every harsh reality of nature, year in and year out. She had beautiful offspring and a spectacular colt just two weeks ago. The little one, born a bay color, has all the signs that he will be as white as snow one day as well. Because the names of the seven dwarves are not really befitting him, we just called him Snow.

But during this difficult week of many colic cases, we found the saddest discovery of all; Snow White’s body lifeless, under the canopy of the forest. It wasn’t an apple that poisened her, but many mesquite beans that were too hard to resist. It was too late for the antidote that saved some others. Snow white was really dead.

We grieved, and took her DNA, but then immediately remembered her beautiful colt, just 2 weeks old. We knew his story would be over too, unless..

We searched for him and found him the following day. His band led by two powerful stallions was protecting him and kept him in their midst at all times. It was heartwarming to see, but we knew that he would slowly perish without his mothers milk.

We sought permission to rescue and received that, plus a bit of hands on help from our Salt River Horse Liaison Jacquelyn Hughes. We were able to nab Snow whites baby from the stallions in order to save his life. They seemed to then willingly let him go, as Jacquelyn and the rest of our crew walked him out of the woods. (He had been slowing the band down for days.)

Snow has been as tough as he could, but is in bad shape with mesquite bean poisoning just like his beautiful mother. It is causing acidosis and hypoglycemia and he is of course severely dehydrated.

We dont know yet how his story is going to end. We could let him go peacefully, or we could continue to fight for his happy ending. We know that either choice is better than leaving him to suffer slowly in the field.

A great big thank you to Jacquelyn Hughes and the Arizona Ag Department, we appreciate having a strong and compassionate Salt River Horse Liaison.

We believe in the power of the public and we always listen to the majority, but he is going to need many fairy godmothers for his estimated $3000 vetbill of which we had to prepay $1500. All fairy godmothers and fathers, did you know that you can now create your own fundraiser for Snow? There is a button on our fb page that says “create fundraiser”.

Help us believe in magic.
Let’s hope and pray for a happy ending to a sad story in the Saga of the Salt. Rest in peace Snow white.
SRWHMG.

Previous Story
We have a name!
Next Story
hanging in there! 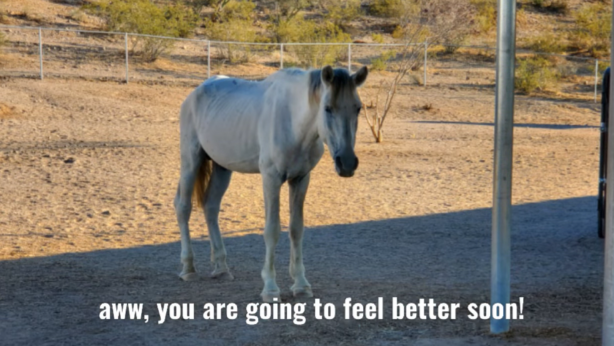 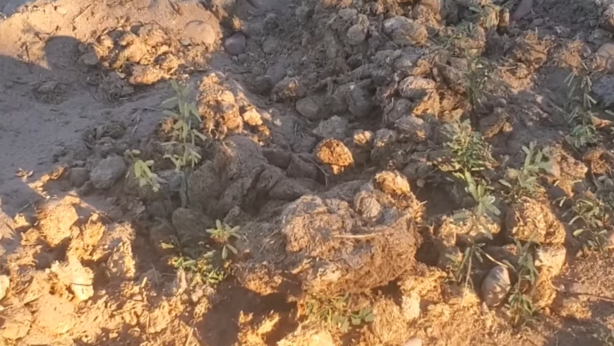 🌿The positive effects wild horses have on their environment. 🌿

Consider to do some shopping that actually helps wild horses. Yes we have our own shop! We kept prices inexpensive and added very cute wild horse necklaces and you can even buy your Christmas cards there, or single greeting cards and hats that are very popular! Ofcourse our calendar is available there too, and if you shop now, everything will arrive in time for Christmas! saltriverwildhorsemanagementgroup.org/shop/The merchandise is packaged and shipped by volunteers and 100% of the profits go into our important programs that keep the horses safe. The link to our shop is posted in comments below! Thank you for your support, happy holiday shopping! SRWHMG. ... See MoreSee Less

A picture of a confused lead stallion, from our coalition partner the American Wild Horse Campaign. His family was just rounded up and even while he avoided capture, he will never see them again. He doesn't know what to do, because they were all he lived for.This kills us inside. And it kills us when some horse advocates don't understand that humane birth control is better!We are thankful that we were able to avert this same fate for the Salt River wild horses and we continue to work hard every day, so that we will never ever have to see this look on their faces. PZP posts are not very popular, they are not cute, fun or adorable, but for the love of wild horses, it's important, so help spread the word. We use PZP (humane birth control) so that people will see that it not only works like a charm, but that the Salt River wild horses are healthier for it, and very happy, even without a ton of foals running around. We invite everyone to come see for themselves. We invite you to use us as an example and advocate for humane wild horse management. It is nearing the end of 2021 and change is so badly needed👉 Wyoming, stop the roundups, there are better ways. 👉 Heber, (Apache Sitgreaves) don't plan a roundup, there are better ways. Look at his face and try to understand. #stoptheroundups Passionately and sincerely, SRWHMG. ... See MoreSee Less

Batman update: Check out how good he can chew again! We gave him a snack of alfalfa on his mat so that you can clearly see that he has good chewing action again without any discomfort! We are very sure that he feels thankful for his meals. In the wild he unfortunately would not have lasted much longer with those long molars that made eating painful, that's why we had no choice but to rescue him. We are grateful for your support beyond words. We hope everyone has a great Thanksgiving dinner. Happy Thanksgiving from all of us to all of you. SRWHMG. ... See MoreSee Less